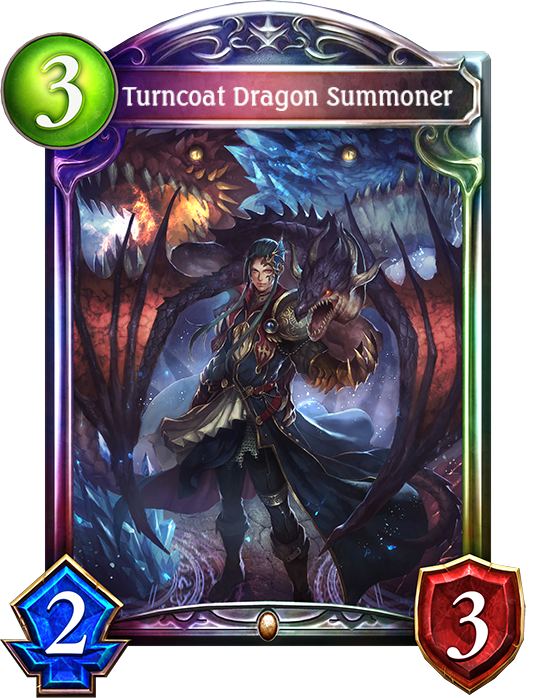 Base:Stats: 2/3
Effect: If this card is discarded by an effect, put a Crimson Dragon's Sorrow into your hand.
----------
Ward.
Fanfare: Discard a card. Put an Azure Dragon's Rage into your hand.
Evolved:Stats: 4/5
Effect: Ward.

Base Flair
There once was a dragon keeper who worked to advance mankind. He used his affinity with dragons to bring peace. For the people, he vowed to calm the dragons endangering society.
—Summoner's Revolt, First Telling

Evolved Flair
Mankind must fall. The keeper uses his affinity with dragons to incite bloodshed. For the future of dragons, he will exterminate the humans endangering society.
—Summoner's Revolt, Sixth Telling