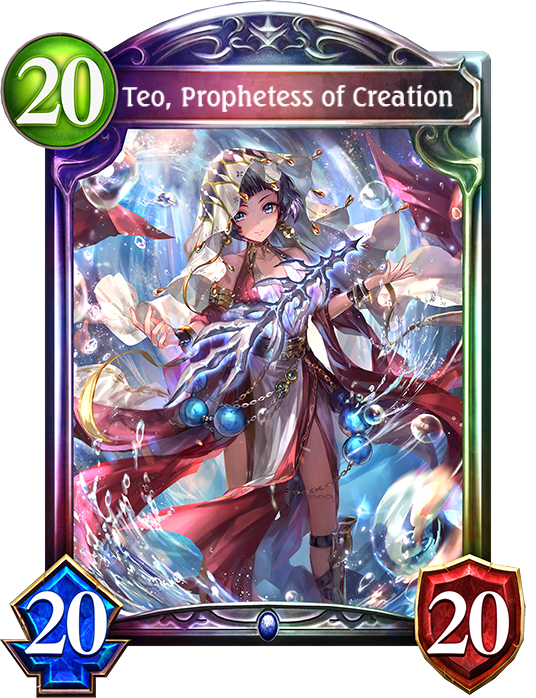 Base Flair
By the light of the first star descended a second revelation: Come it thrice or four times again, judge not man's oft-repeated folly. Give naught but as oft-repeated forgiveness. The prophetess bowed her head, pledging her five senses to the gods.

Evolved Flair
On the gods' six-sided checkerboard, she was the seventh piece. Buffeted by the advent of eight disasters, movements of rival players, she wove her way around the board guided by the flickering light of nine planets. Reaching the other side at last, she was kinged tenfold.