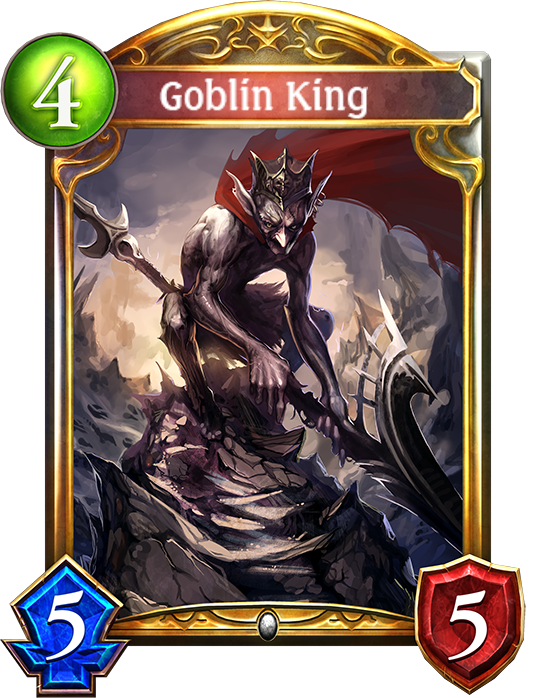 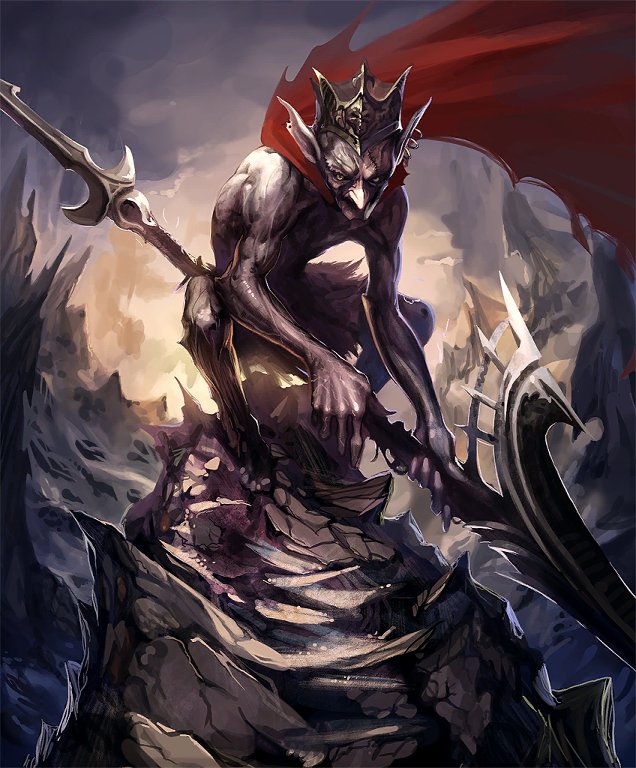 Base Flair
After losing a bloody battle for royal authority and being shut away in a cave, the prince responded to the voice of a demon. He resolved to transform into a hideous goblin so that he could have his revenge.

Evolved Flair
As the first step in his revenge, the prince led his goblin soldiers against his homeland to claim the throne. There he planned to reign not as a man but as a goblin king.