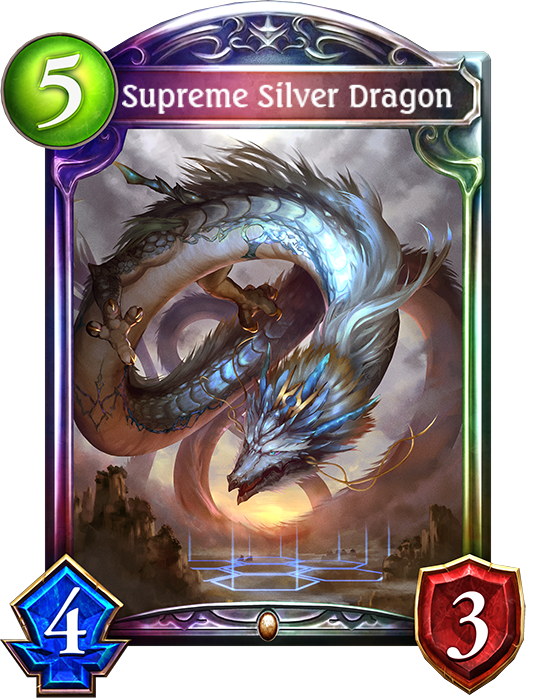 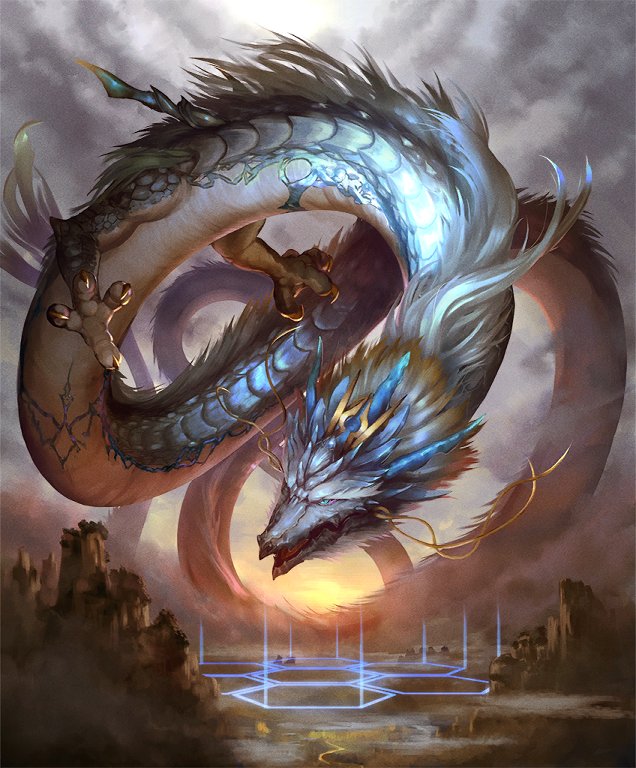 Base:Stats: 4/3
Effect: Rush.
Strike: If an allied Garyu, Supreme Dragonkin is in play, deal 2 damage to the enemy leader.
Follower Strike: If an allied Supreme Golden Dragon is in play, deal X damage to the enemy follower before it can deal any damage in return. X equals this follower's attack.
Evolved:Stats: 6/5
Effect: (Same as the unevolved form.)

Base Flair
The man speaks of captivating people with valor and wisdom, of his utopia. The people laugh at his ridiculous ideas. But the dragons do not.
—Legend of the Three Nations, Side Story, Third Scroll

Evolved Flair
Though their origins may be different, a bond is formed between them by the swearing of an oath. They wish to face their death together, on the same day, at the same time.
—Legend of the Three Nations, Side Story, Fourth Scroll