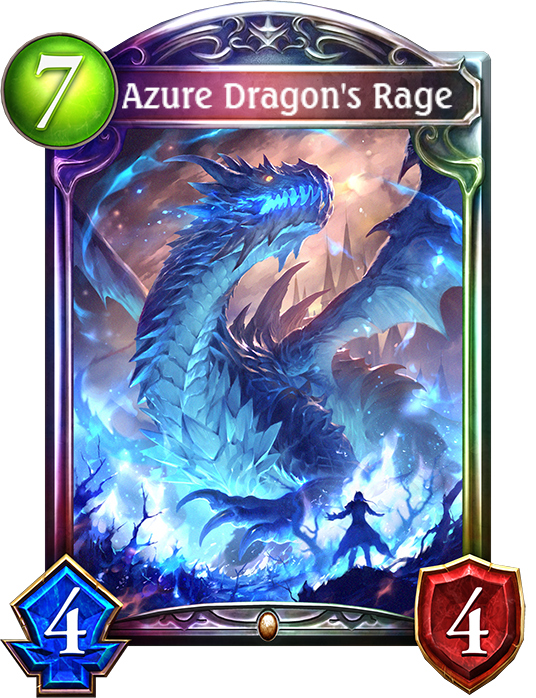 Base:Stats: 4/4
Effect: During your turn, whenever you discard cards, subtract X from the cost of this card. X equals the number of cards discarded.
----------
Storm.
Evolved:Stats: 6/6
Effect: Storm.

Base Flair
The keeper visited an azure dragon high in its roost. But the furious dragon would not listen to him. Nevertheless, the man tried to calm the dragon down.
—Summoner's Revolt, Second Telling

Evolved Flair
The azure dragon's lament left the man shaking with rage. Driven from its home, the creature had suffered unspeakable torment. The keeper wondered to himself: will mankind get away with anything?
—Summoner's Revolt, Third Telling