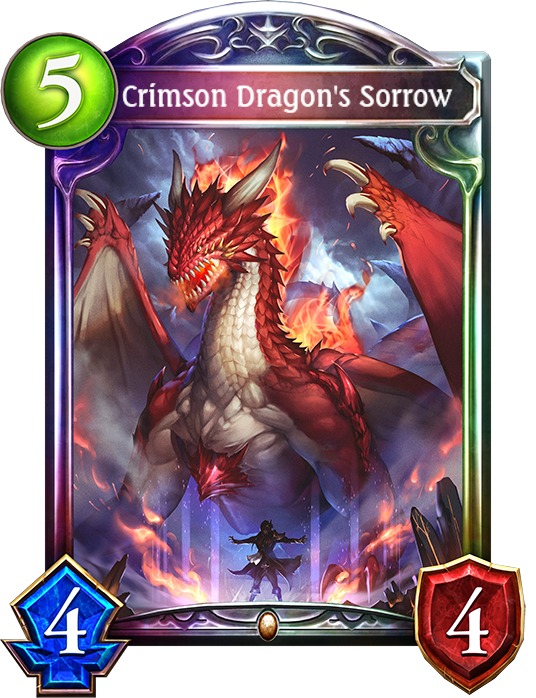 Base:Stats: 4/4
Effect: During your turn, whenever you discard cards, subtract X from the cost of this card. X equals the number of cards discarded.
----------
Ward.
Fanfare: Discard a card. Draw 2 cards.
Evolved:Stats: 6/6
Effect: Ward.

Base Flair
The keeper visited a crimson dragon high in its roost. But the furious dragon bared its fangs at him. Nevertheless, the man tried to calm the dragon down.
—Summoner's Revolt, Fourth Telling

Evolved Flair
The crimson dragon's lament broke the man's heart. It had served mankind for centuries, only to be abandoned in isolation. The keeper wondered to himself: is mankind really worth protecting?
—Summoner's Revolt, Fifth Telling