LURKER IN THE DARK SHADOWCRAFT 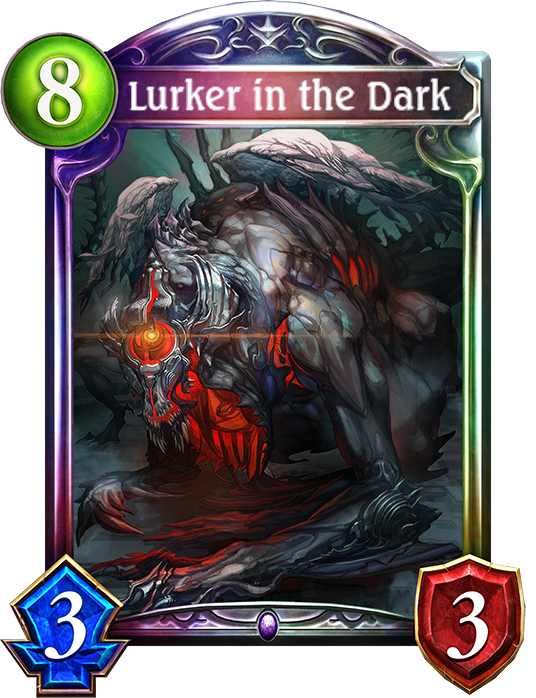 Base Flair
A horror birthed from the blackest abyss. It devours any who are foolish enough to venture into its lair, claiming his or her words, memories, and appearance for itself.

Evolved Flair
It returns to the human world donning the appearance and personality of those it's devoured, attempting to assimilate its victim's former life. This mimicry is its primary method of catching new prey.