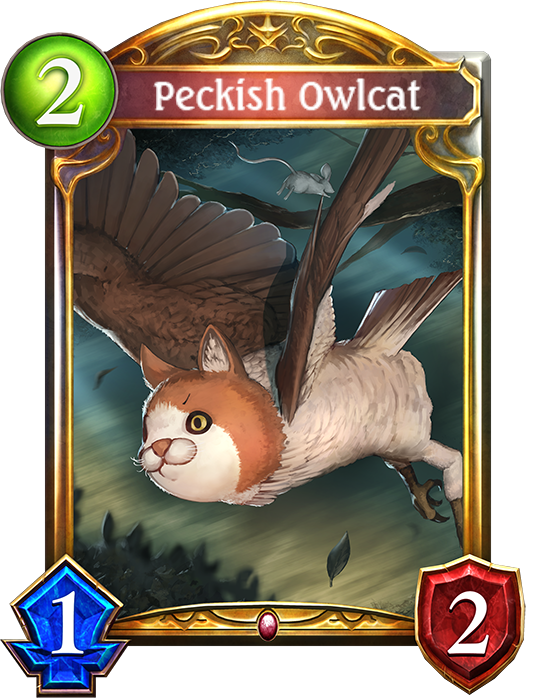 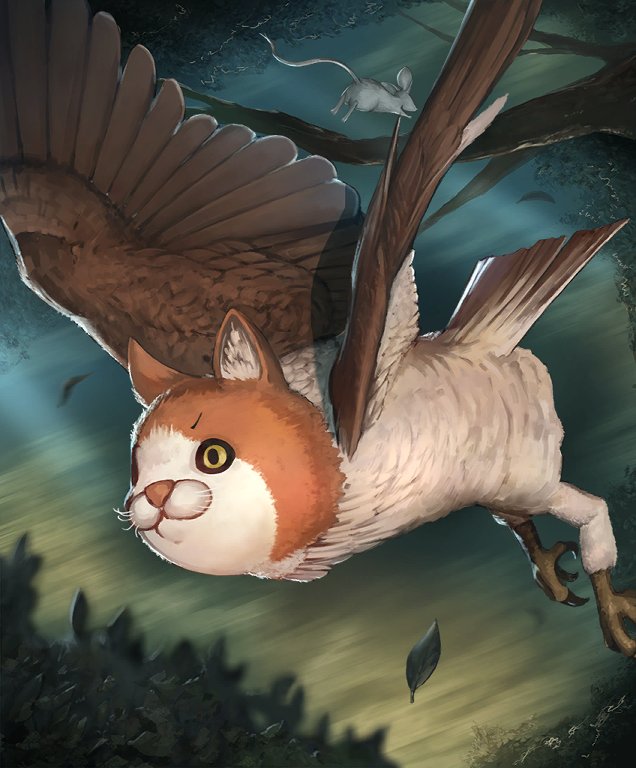 Base Flair
"Oppose us and you deal with our pet!"
"An owl and cat both, taste the power of two night stalkers made one!"
"Twin! Soul! Fusion!"
—Doublame, Duke and Dame

Evolved Flair
It is both owl and cat, two beasts that were... intended to form an apex predator. But it eats rats, which is a good enough compromise. Born from a beast of the land and a bird of the sky, its hunger is now twofold. Please feed it.